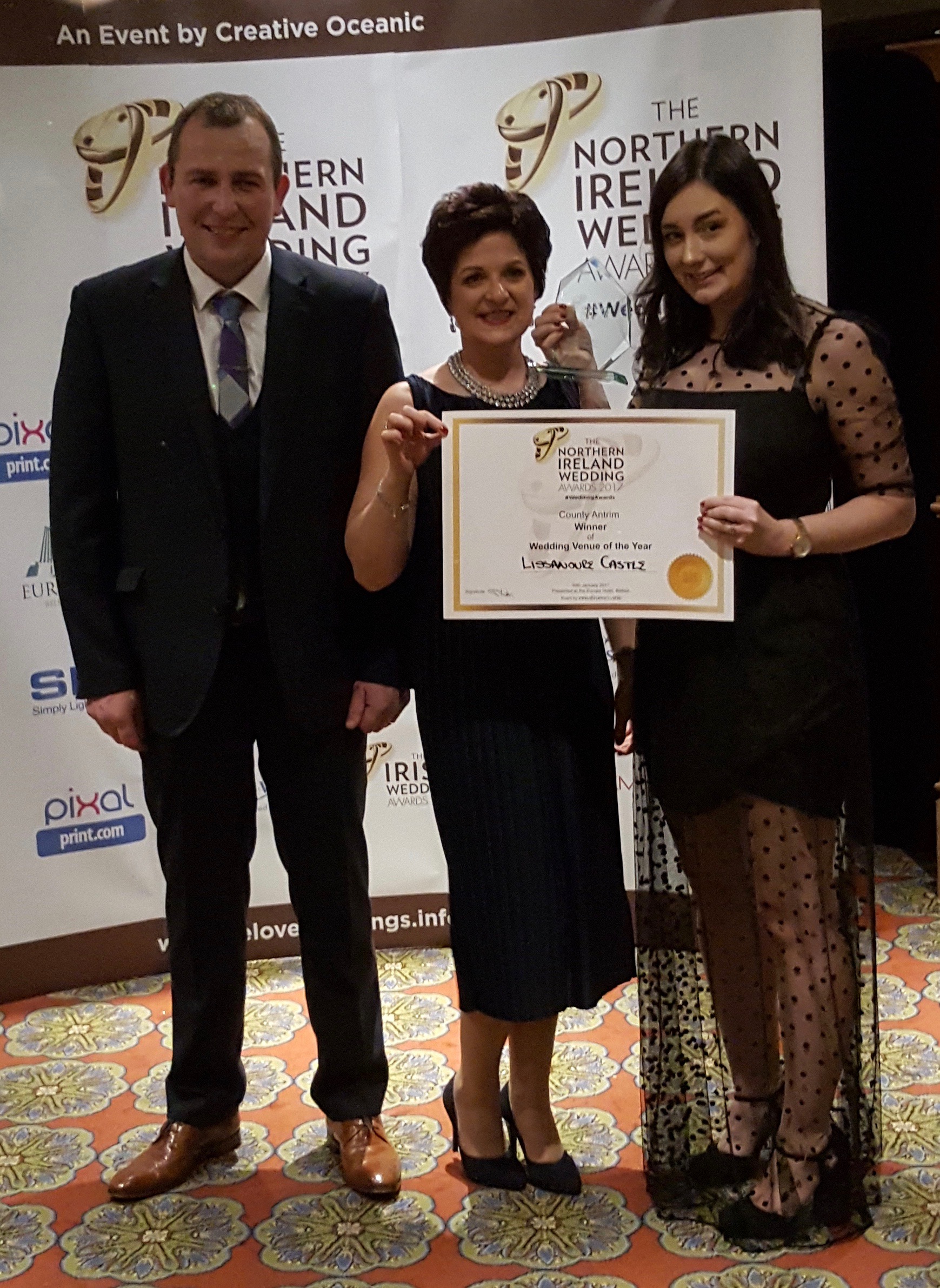 Last night we were at the Northern Ireland Wedding Awards – 2017 which was held at the Europa Hotel in Belfast. There was great excitement in the air on arrival and the style was fabulous.

So we were THRILLED when it was announced that we won the Most Romantic Venue for 2017. Arlene went up and collected our award and spoke very well thanking everyone.

Later in the evening we were very excited to then win Venue of the Year for Co. Antrim!

We are delighted to have done so well and it is all down to the amazing hard work and dedication of the team at Lissanoure Castle to make sure that the place is a special as it is. 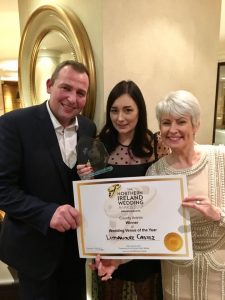 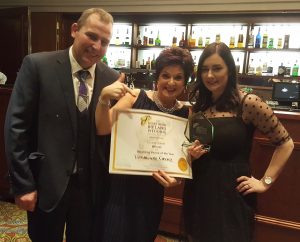 Back to all articles.