Earl and Countess of Macartney’s tombstone 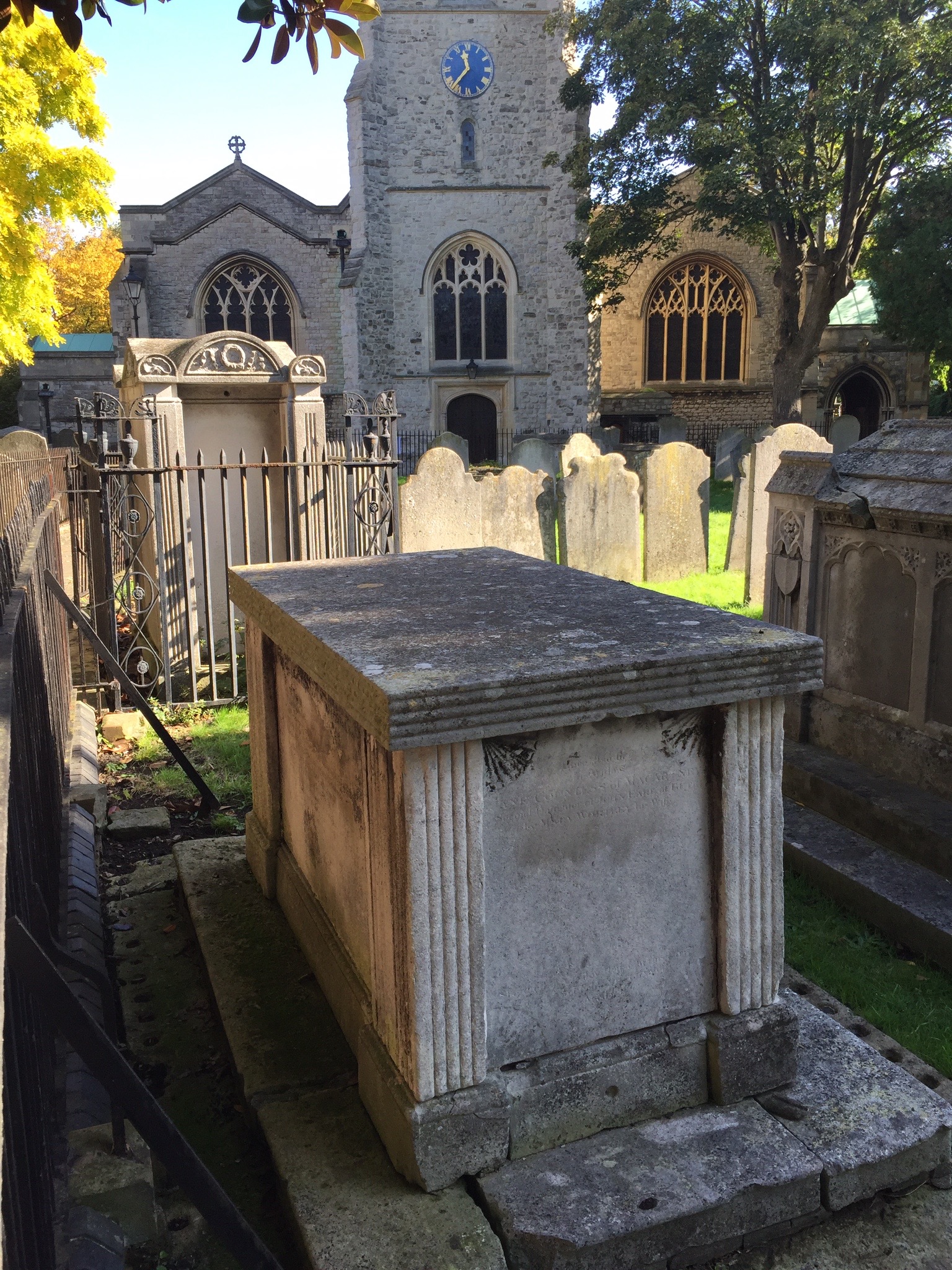 Last week we went to the parish of St Nicholas in Chiswick to visit where George and Jane, The Earl and Countess of Macartney were buried. He died in 1806 and she died in 1828, both of them were living in Chiswick.
George Macartney was a diplomat and colonial governor and as well as living and owning Lissanoure Castle and Dervock Estates, his job took him abroad. So he tenanted a house in Chiswick on the edge of the River Thames called Corney House. It had a beautiful terraced garden leading down from the house to the river and it was an ideal spot to entertain guests for his job as a diplomat. His wife Lady Jane Stuart, daughter of the Earl of Bute, having been brought up in a busy social life in England, preferred being nearer London.
After the death of Lady Macartney the owner of Corney House sold it to the Duke of Devonshire in 1830 who had it demolished in 1832.
The churchyard where the Macartney’s are buried have quite a few notable tombs. The most famous being that of William Hogarth, the celebrated painter, engraver and caricaturist, who spent his last years nearby in Hogarth’s House and was buried there in 1764. A poem by David Garrick is engraved on his tomb.

Back to all articles.